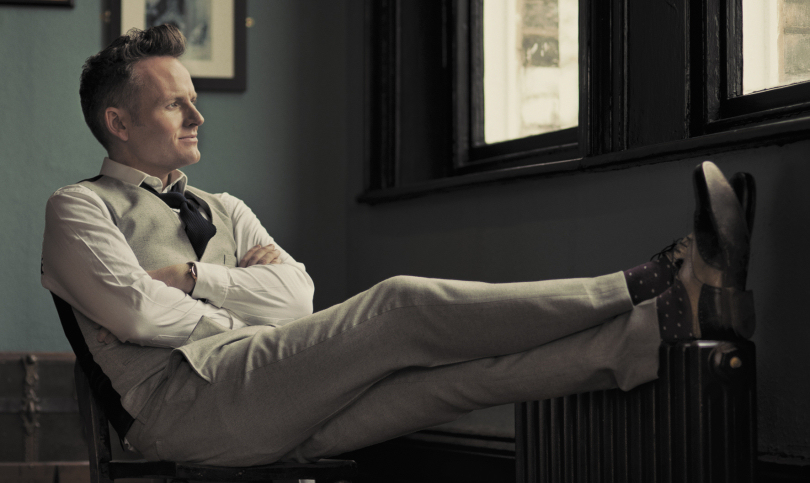 Joe Stilgoe is embarking on a UK tour and will be bringing his showmanship and music to Shrewsbury this October.

Following the launch of his hotly anticipated third studio album and a starring role in Kevin Spacey’s High Society at London’s iconic Old Vic Theatre, Joe Stilgoe will be setting out on his debut UK tour this autumn.

New Songs for Old Souls: Live will see Joe perform songs from his new album, plus his inimitable takes on jazz standards and classics from the 50s to the present day. It promises to be a unique and extraordinary evening for music lovers of all ages.

Joe Stilgoe is the renaissance man of modern jazz.  He has twice topped the UK jazz chart, featured on many radio programmes including 6 appearances on Friday Night is Music Night on BBC Radio 2, The Horne Section on BBC Radio 4, In Tune, Loose Ends and The Chris Evans Breakfast Show among many others. He has played all the major international jazz festivals, had two sell-out runs at the Edinburgh Fringe and appears regularly at Ronnie Scott’s and Crazy Coqs in London.

Joe is starring in his first major West End stage role, in Kevin Spacey’s High Society at London’s iconic Old Vic Theatre from now till 22 August.   Directed by Olivier Award-winning Maria Friedman, he will be performing in a role that has been specially created for him. He will also be the featured guest on Leroy Jones’ tour this autumn.

And in Wolverhampton at Wulfrun Hall on Sunday 25 October
Box Office: 0870 320 7000
Online: www.wolvescivic.co.uk/-/venues/2/wulfrun-hall

June 2, 2020
Police are appealing for anyone who has CCTV or witnessed a large fire on Halesfield industrial estate in Telford on Sunday to come forward.
Read Article

June 2, 2020
Following the deaths of two men in Bridgnorth on Thursday 21 May police have today named the second man who died.
Read Article
Load more

May 29, 2020
Tribute has been paid to Shropshire’s Cathie Sabin OBE, the LTA’s first female president, who was was an inspiration and a friend to many.
Read Article
Load more

June 1, 2020
A Shropshire-based businessman, who has just reopened his oven valeting business, will donate 10 percent of his first three months’ takings to Severn Hospice.
Read Article

June 1, 2020
Companies looking to return back to work safely can tap into a new service launched by In-Comm Training that will help them become ‘Covid-19 Secure’.
Read Article
Load more