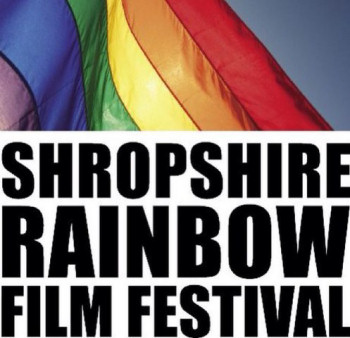 More popular than ever, the aim of the festival is to entertain, educate, change and challenge audiences. The festival places Lesbian, Gay, Bisexual & Trans films at the heart of the varied programme, but the events are open to everyone regardless of gender or sexual orientation.

The festival runs from the 17 – 19 of October and consists of a mixture of Documentaries, Dramas, and Short films. This year’s programme kicks off with a double bill, ‘Two Girls Against the Rain’ & ‘Who’s Afraid of Vagina Wolf’. One is a short film describing how a lesbian couple in Cambodia found each other and the other a hilarious comedy about an all-female production of ‘Who’s afraid of Virginia Wolf’. This diversity is typical of the festival and can be seen throughout the programme.

Other highlights include ‘Patrik 1.5’ a Swedish comedy about a gay couple and their adopted son, ‘The Children’s Hour’ Audrey Hepburn’s stirring drama which was inspired by true events, and ‘It Goes with the Shoes’ a documentary about 70’s and 80’s Gay rights icon Bette Bourne, Bette will also be attending the festival and hosting a question and answer session as part of the programme.

Geoff Hardy festival organiser said ‘I have been involved in the festival since the beginning, it has been so exciting watching the Festival grow and develop. I have been involved with campaigning since 1971 (with Gay Liberation Front). I can recall a time when we were almost invisible as LGBT people. The Festival, with its increasingly high profile, makes us very visible! In 1971 I couldn’t have dreamt that, in a town like Shrewsbury, there would be something like the Rainbow Film Festival. I am really pleased to be a part of it! ‘

A full listing of all the films can be found at www.oldmarkethall.co.uk, (included films are tagged with a rainbow flash), the films run from 17 -19 October and tickets can be booked via the website or by calling the Old Market Hall Box Office on (01743) 281 281.

Shropshire Live has been providing Shropshire news and entertainment since 2009.

We reach tens of thousands of readers per month, making us the biggest online-only news publication in the county.

You can now also listen to Shropshire Live.

Read more about us.

For general enquiries and press releases email interact@shropshirelive.com or call 01743 818 095.

Shropshire Live is regulated by IMPRESS: The Independent Monitor for the Press CIC.

Other uncategorized cookies are those that are being analyzed and have not been classified into a category as yet.

Performance cookies are used to understand and analyze the key performance indexes of the website which helps in delivering a better user experience for the visitors.

Advertisement cookies are used to provide visitors with relevant ads and marketing campaigns. These cookies track visitors across websites and collect information to provide customized ads.

Analytical cookies are used to understand how visitors interact with the website. These cookies help provide information on metrics the number of visitors, bounce rate, traffic source, etc.

Save & Accept
Powered by