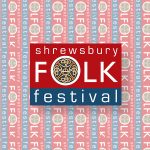 Shrewsburyâ€™s reputation as one of the premier folk festivals of the year has seen it become a regular sell-out in advance of the festival.

The Oysterband, Show of Hands, Bellowhead, Cara Dillon, Chris Wood & Andy Cutting and The Demon Barber Roadshow are just some of the artists revealed in the line up for Shrewsbury Folk Festival over the August Bank Holiday weekend (26th â€“ 29th).

Visitors to this yearâ€™s show will see some key changes including a second music marquee that will make it larger with a better layout and to the dance tent, which will have a new style of dance floor covering the whole floor space. A bigger main stage and giant screens outside the main stage one marquee so that you can sit on the grass and enjoy every minute of every performance. Plus making this a family friendly event, bigger marquees and teams for the childrenâ€™s festival.

It also raises funds every year for its charity partner Hope House Hospice to fund its music therapy work for children with life limiting illnesses. Over the past three years, donations from festival goers and Â£1 from every adult ticket sold has helped to raise nearly Â£15,000.

Tickets and more details can be found at www.shrewsburyfolkfestival.co.uk

September 17, 2020
Preparing your business for the future is as important as focussing on the here and now.
Read Article
- Advertising -

January 15, 2021
Hundreds of cannabis plants have been seized by police after a warrant was carried out at premises in Telford.
Read Article

January 15, 2021
A body recovered from the River Teme is believed to be missing Daniel Berry from Ludlow.
Read Article

January 15, 2021
Work is underway on an exciting development which will provide Dawley with a much-needed new facility.
Read Article
Load more

Shrewsbury Town announce that Jan Zamburek has returned to Brentford

Shrewsbury Town announce that Jan Zamburek has returned to Brentford

January 1, 2021
Shrewsbury Town signalled their intent with the capture of Matthew Pennington. We profile the defender.
Read Article
Load more

Shropshire hauliers urged to check rules before leaving the UK

January 14, 2021
Energy storage and battery pioneer AceOn has thrown its weight behind a new campaign by Prince Charles to build a sustainable future for the planet.
Read Article

Shropshire hauliers urged to check rules before leaving the UK

Get Up and Go to help The Movement Centre

January 11, 2021
Newlyweds Natasha and Andrew Whitman say the Covid-19 pandemic did not spoil their dream day in December – thanks in no small part to staff at a Shropshire hotel.
Read Article

Get Up and Go to help The Movement Centre

December 26, 2020
Have you eaten too much over Christmas? Are you keen to do something about it and work off all those mince pies? If so, it’s time to Get Up and Go and help a Shropshire-based charity.
Read Article

December 23, 2020
A Shropshire charity which has been instrumental in changing the lives of thousands of people living with learning disabilities is celebrating 25 successful years with the publication of an inspirational new book.
Read Article
Load more

December 10, 2020
Attingham Park, the National Trust property on the outskirts of Shrewsbury is bringing a touch of magic and Christmas sparkle to the outdoors this December.
Read Article

December 10, 2020
Trustees of Whittington Music Festival are looking to the future with plans being made for 2021 after this year's event was cancelled due to coronavirus.
Read Article

December 7, 2020
Bryan Adams is coming to the UK next summer and will bring his spectacular open-air show to Telford QEII Arena in July.
Read Article
Load more

Wellington’s Walnut restaurant is on the move

Wellington’s Walnut restaurant is on the move

November 17, 2020
Despite the latest lockdown one of Shrewsbury's newest Vegan outlets is continuing to trade with orders now being taken online.
Read Article
Load more
- Advertisment -

ABOUT US
Shropshire Live has been providing Shropshire news and entertainment since 2009. We reach over 100,000 readers per month, making us the biggest online-only news publication in the county.
FOLLOW US
© 2009 - 2021 Shropshire Live LLP